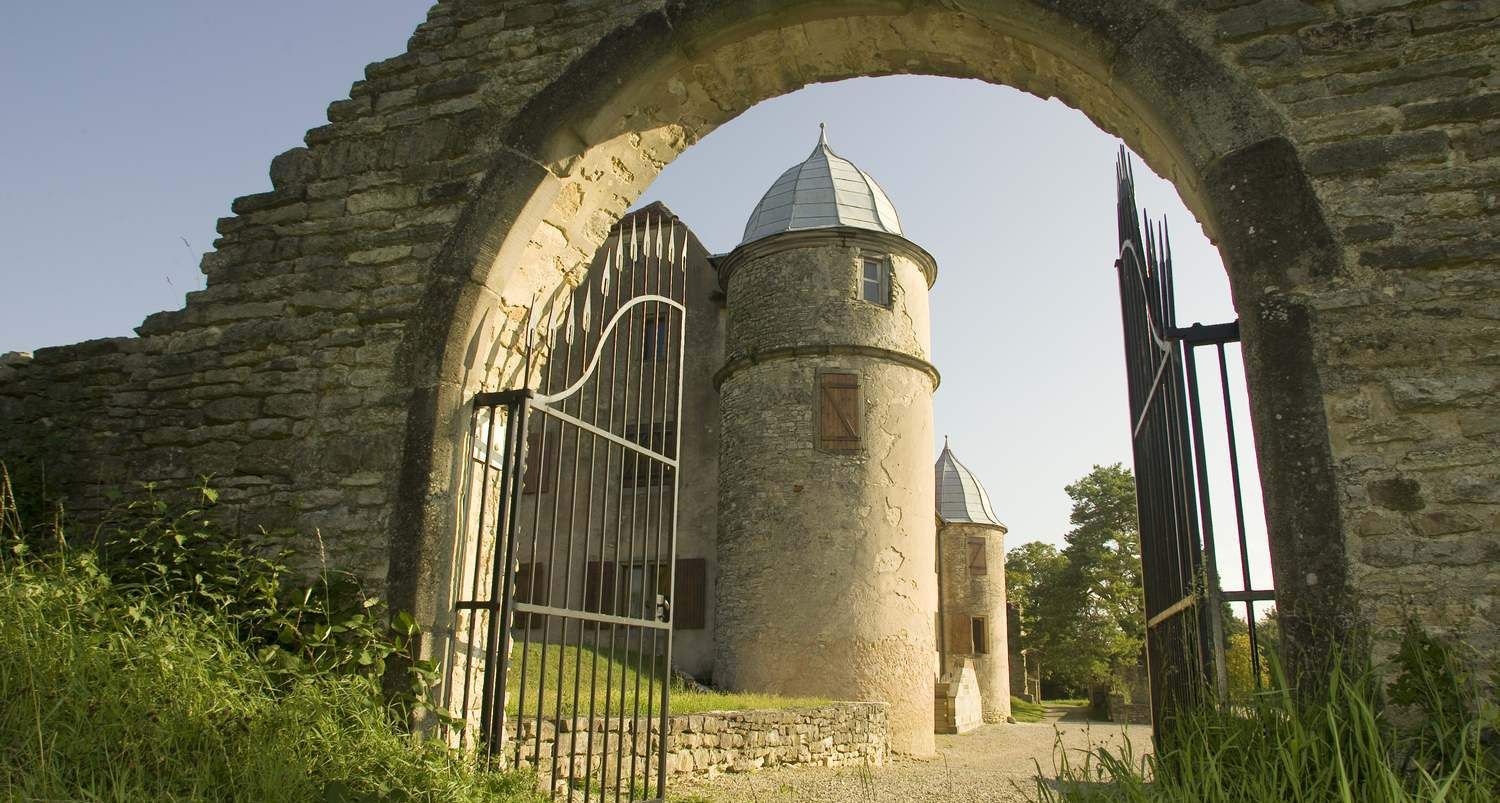 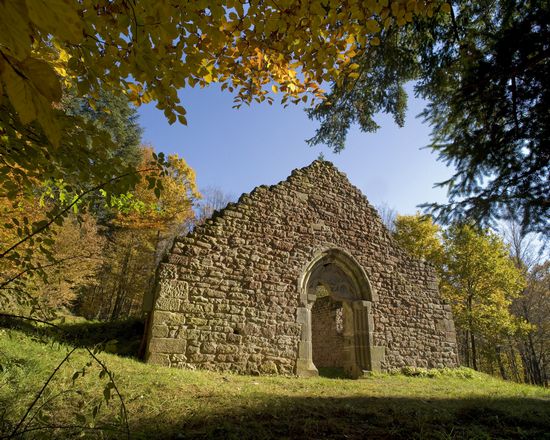 This old ruined chapel is all that remains of the village of Birsbach which disappeared at the end of the 15th century. The chapel dates from the early Christianisation of the area and was erected on the site of an old pagan temple. The site was excavated in 1911-12 and again in 1999. In 2000 the chapel had to be strengthened. The tour recounts the history of the village of Birsbach. Today only its church (dedicated to Saint Mathia) survives, renamed by popular tradition the Heidenkirche. Free Access. A guide book, "Les Mystères de la Heidenkirche", available at the Tourist Office, will allow you to visit the site and its surroundings at your leisure - 3 ï¿œ. There are also 5 walking trails that have been marked out by the Club Vosgien starting from the car park. From Diemeringen, direction RATZWILLER - Neubau. At the traffic circle, direction MONTBRONN and at the second one, direction SOUCHT. At the locality Speckbronn, turn to the right. Continue quite straight ahead on 600m.

Location :
In the forest
Isolated